All contents of this website
© Julien Grossmann
Since 2010, sound has occupied a large part of Julien Grossmann’s interdisciplinary artwork, serving as both a tool for thinking through global issues and a driving force behind his practice. He employs various means to expose how sound is formed, produced, recorded, diffused, and archived – how music is made, but also how it is heard within different cultural constructions (framed by different scales and keys in various places). Grossmann’s interest is grounded in “the social-historical backgrounds behind the sensible manifestations of music.” As he writes,“Rather than emphasizing the abstraction of sound, I like to focus on the tangible, grounded objects and specific circumstances through which it manifests – to think about the broader cultural, economic and political dynamics that engender music, and that music engenders. Many of my works refer to situations where music is entangled into power relations, movements of resistance, expression of nationalism or ideological claims.”

As one example, his sound installation La Malédiction des resources naturelles (2014) focuses on the steel-drum, an instrument born from protests movements in the Caribbean against European rulers. As Grossmann explains, “It was crafted with the oil drums brought by a global industry that then flourished in the region, and was later popularized through the US Navy.” Very much interested in the inextricable relationship between the physical transformation and appropriation of an industrial standard (the oil drum), and the claims of steel-drum makers in this particular context, the artist points out that “several historical lines are entwined in the very existence of this instrument, whose current symbolic is very remote from the struggles through which it was born.” It is the movements between noise and music, between oil drum and steel-drum, between global economy and local narratives that Grossmann draws out in this work, thereby tracing the development of an iconic object in order to expose a wider socio-political reality.

In another work, The Fields of Recording (2011), he goes back to the early time of audio recording through a photographic installation exhibiting portraits of three pioneers of ethnographic recording, side by side with micrographs of the audio material itself. Grossmann accomplishes two feats: reversing the ethnologic gaze by exhibiting portraits of the field recorders as men clearly trying to ‘blend in’ with their newfound surroundings, be it the middle-east or a far north country; and highlighting the undeniable materiality of sound through the landscape-like micrographs derived from wax cylinders and vinyl discs. Elaborating on the period this work refers to, Grossmann explains that, “as soon as music could be embedded into a physical object, it could travel in space and enter history, be analyzed, compared, exchanged and assigned a value. Incarnated sounds, across archiving and “comparative musicology” first, and commercial diffusion next, contributed not only to map the world through accumulated audio samples, but also to shape collective imaginaries progressively transforming places into icons.”

While The Fields of Recording sheds light on the European ethnologic project of the beginning of the last century and the legacy of colonialism, Grossmann’s works encompass various facets and times of globalization, up to the most contemporary ones. His recent works, such as the sculptural installation Growth Products (2017), are focused on current dynamics and tensions that come along with global market economy. This piece, based on the iconography developed by the fertilizers’ industry, presents various casts of chemical fertilizer alongside a range of large printed fertilizer bags. Grossmann describes:“It is a research into the paradoxical relationship of a visual culture – the one that creates astonishing designs conveying timeless myths and icons for packaging fertilizers – to the content that it portrays, which in my view is symptomatic of the economic paradigm we live in.”

Grossmann regularly conducts research on-site (in Thailand, Germany, Japan) with the support of various professionals and organizations outside the field of art: scientists, academics, museum, archives, schools, industrial organizations. Most of his projects are carried out over a period of over a year. For Grossmann, the DAI experience was valuable preparation for this way of working because it encouraged him to move beyond the safe parameters of familiar places and practices: “After nine years of music conservatory and five years in a French art school, arriving at DAI was refreshing.” Grossmann attributes this to DAI’s international community and the interactions he could have with the great diversity of guests. 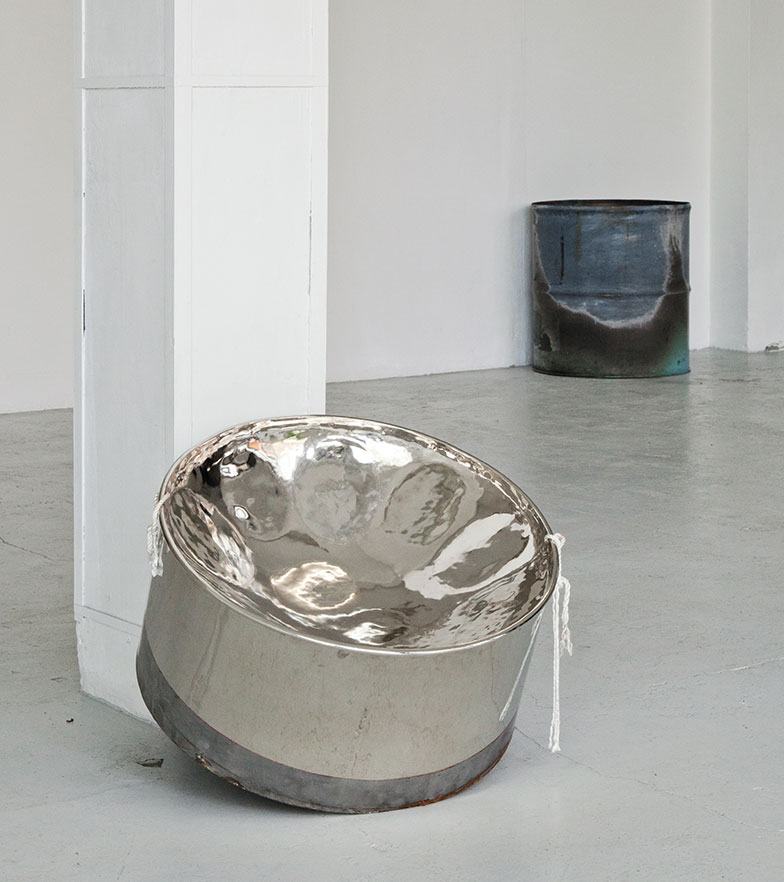 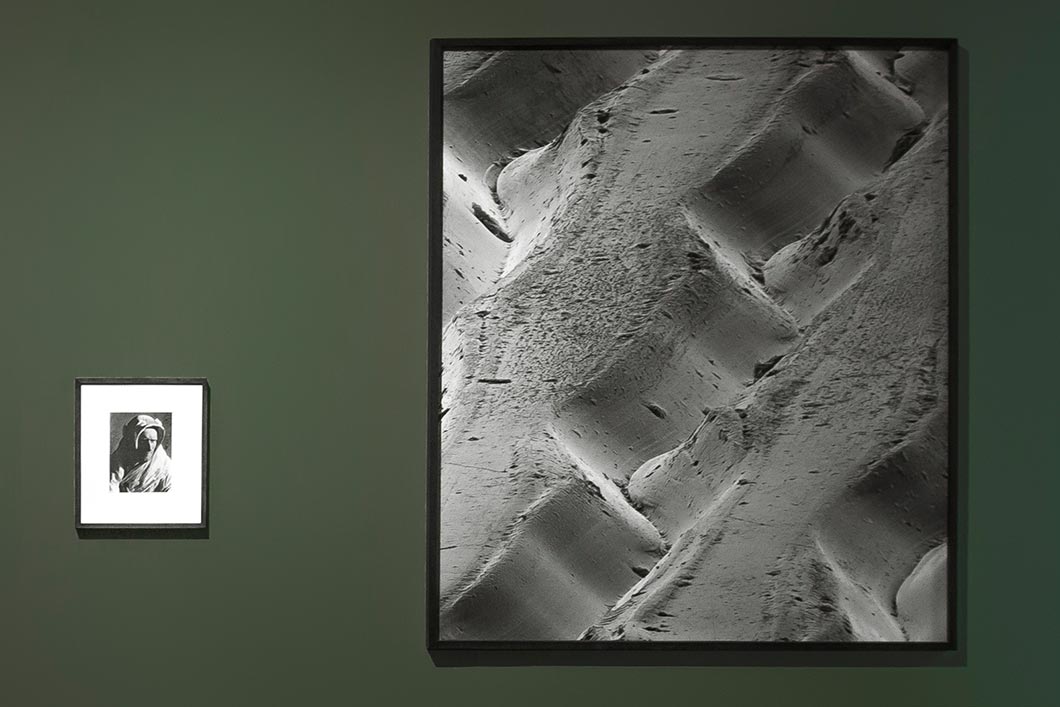 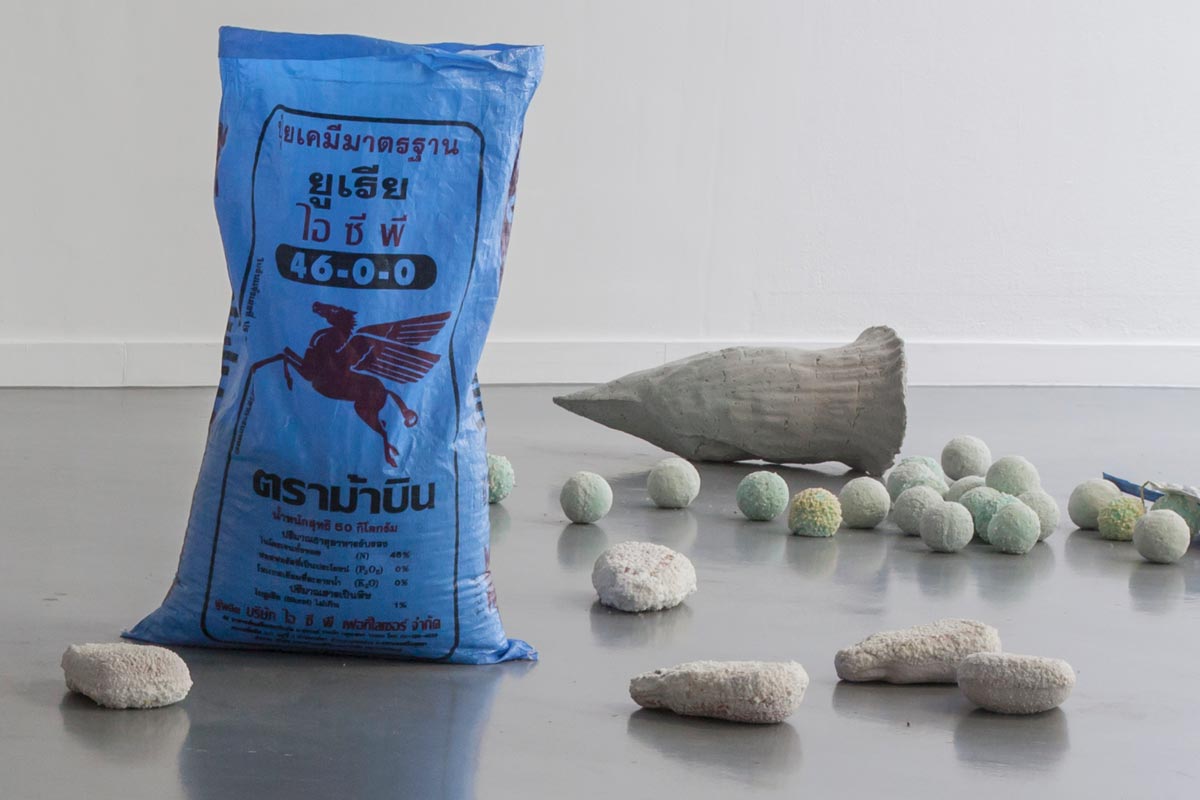