All contents of this website
© Julien Grossmann
A note of irony can be detected in the title The Alpine Pride, which simultaneously hints at the majesty of the timeless peaks and the folklore of obsolete traditions. Sublime or vernacular – Julien Grossmann never resolves the ambiguity, bringing together in his installation two emblematic objects of the “Swiss tradition.” The first of the two objects has its place in the national pantheon right alongside yodeling and the edelweiss: it’s the alphorn – a wind instrument carved out of wood, with a naturally flared shape, curved at its base. It was formerly used by shepherds to call and calm their flocks. Made obsolete by modern means of communication, this object quickly became a tourist collectible, only to be rediscovered by experimental folk music in the 1970s. The second object is an emblem of post-war Swiss technology. It’s the Nagra reel-to-reel tape player, manufactured by a cult brand which, starting in 1951, was developing portable tape recorders which revolutionized audio reporting, in particular in the field of ethnomusicology. The three Nagras in The Alpine Pride emit sky-scaling harmonics played by alphorns amplified by the mountains. Heard within a distance of up to 8 km, the alphorn breaks the boundaries of chamber music: just as the fog horn, it’s a signal designed for vast expanses. In turn, the landscape leaves its acoustic imprint, as the entire valley acts as an echo chamber in the diffusion and the recording of sound. Rather than having the magnetic tape wind from one reel mounted on the Nagras to the other, the artist decides to divert its course and produce a loop, as he did previously in an installation where a blank film ran along an octagonal labyrinth. Guided along the wall by dozens of pegs, the tape in The Alpine Pride traces and retraces a mountain range before returning to the read head. The summits, peaks, and passes outlined by the tape formally represent the oscillations of acoustic waves – a parallel which inspired some artists to read the landscape as a musical partition (1). This play of correspondences culminates at the place of the inscription of the sound signal, whose frequencies are translated into analog imprints. This is also true of the series The Fields of Recordings (2011), photographic diptychs setting side by side portraits of the pioneers of ethnologic recording and images of the recording medium. Realized with a microscope, the latter reveal the grooves marking the wax cylinders and vinyl disks whose furrowed surfaces become true lunar landscapes. Paying particular attention to the conditions of collecting and replaying sounds, Julien Grossmann reveals multiple sites of inscription – spatial, acoustic, technical, cultural, and historical – as well as their cross-influences.

(1) For example, Pierre Huyghe who had the composer Joshua Cody create an instrumental score based on the topography of an island discovered by the artist during his Antarctic expedition (A Journey that wasn’t, 2006). 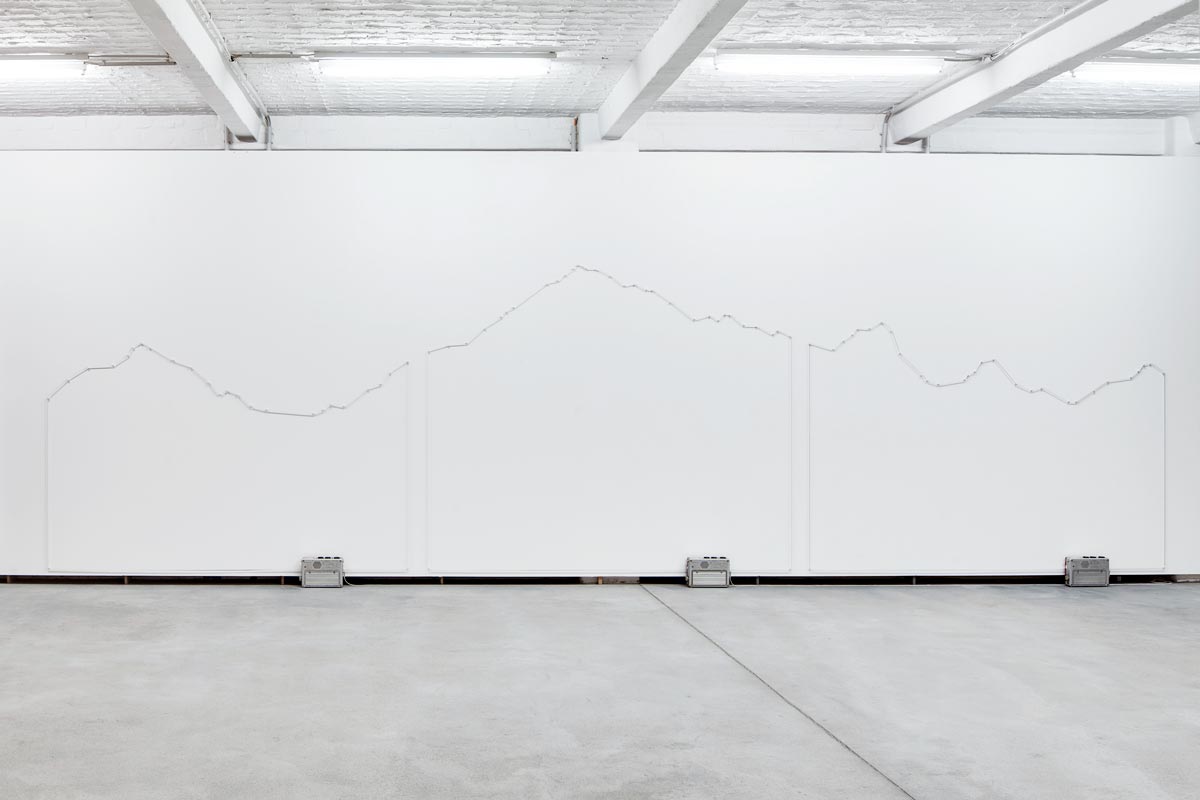 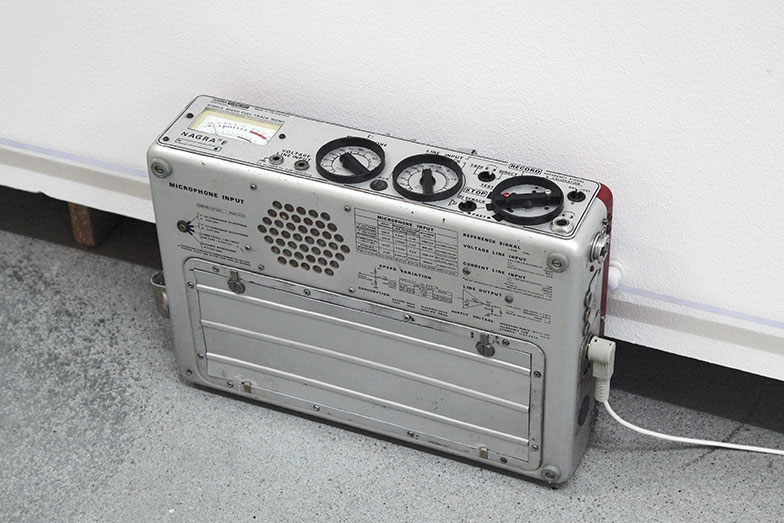 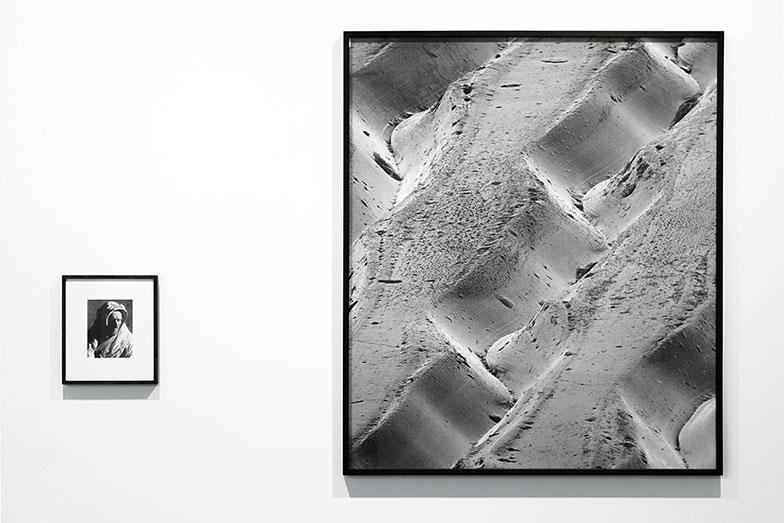 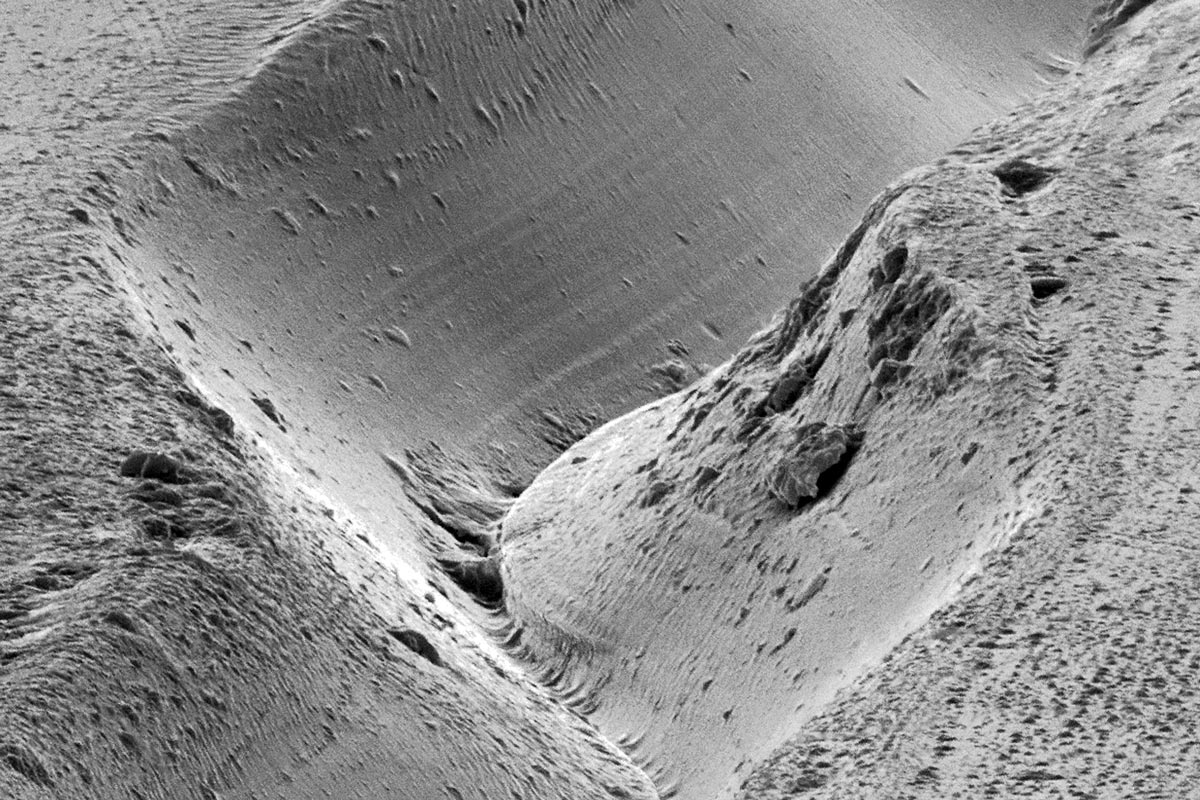